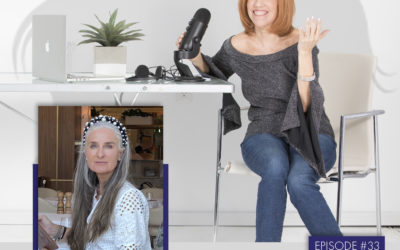 Caroline Labouchere was living a fabulous life until she wasn’t. Always counting on her husband to provide, a rude awakening came the day that he was no longer employed. Caroline’s husband worked for the British Army which had always provided them with a secure lifestyle. He had taken a post in Dubai. All was great until the post no longer existed.
Caroline had made the choice years before to be a wife and mother and leave the providing to her husband. Except now, through no fault of his own, he wasn’t providing. How did Caroline go from anger and fright taking control of her life?
On this week’s podcast I talk with Caroline about taking control of your life. It’s possible at any age. Caroline had never been a model, but at 54 she became the grey ambassador and model who has been on the cover of British Vogue 8 times.