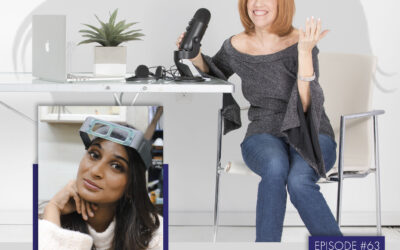 Who do Michelle Obama, Nicole Kidman, Emma Watson and Serena Williams have in common? Shilpa Yarlagadda, Founder of Shiffon.

What do Michelle Obama, Nicole Kidman, Emma Watson and Serena Williams have in common? A Shiffon Duet Pinky Ring. They believe in the symbolism of the ring: the power of mentorship between women. Each of these women unite in showing the beauty behind this gem. And the ‘Pinky Promise’ to pay-it-forward.

What is Shiffon? A fine jewelry company Shilpa started in her dorm at Harvard University.

In 2017 looking for something to do in her downtime at Harvard, Shilpa started googling. The two areas that interested her the most were fine jewelry and women entrepreneurs. Two major discoveries took place:  Discovery #1 – fine jewelry has a large markup. Discovery #2 –  a large gender gap in the field of entrepreneurship exits. Armed with this information, Shilpa lowered the overhead by selling directly to the consumer. And embarked on a mission to close the entrepreneurial gender gap, ‘one pinky at a time’. All while she continues finishing her studies at Harvard University.

Forbes has named her in their list of ’30 under 30′. The Wall Street Journal featured Shilpa in, ‘The Crazy, True Story Behind the Pinky Ring Loved by Nicole Kidman, Michelle Obama and Serena Williams’. And CNBC did a story on her: ‘How a 20-year old college student launched a jewelry company whose rings are worn by Michelle Obama’.

The Duet Pinky Ring – a symbol of female solidarity and a promise to pay it forward. Since launching Shiffon Co., Shilpa and Shiffon have funded 11 female entrepreneurs. And it doesn’t stop with money, it continues with mentoring.

Listen to my inspiring conversation with Shilpa and: