2016: An Amazing and Challenging Year

What an amazing and challenging year it has been! It’s only been six months since the launch of Après Divorce! So much has taken place in such a short period of time. There was the celebration of the wedding of my son and his bride, supporting my father through the end of his life, and the one year anniversary of my divorce. Those six months also held the one year anniversary of living in my new home, and of being an empty nester. They held the beginning of a new chapter of my life.

Après Divorce started out as an idea that evolved from the ending of my marriage in 2015. So many women who I spoke with about my own experience were drawn to hearing about my roller coaster ride and wanted to share their own stories. After hearing this, I made it my mission to build an environment where the stigma of divorce, fear of the unknown and personal stories could be shared. 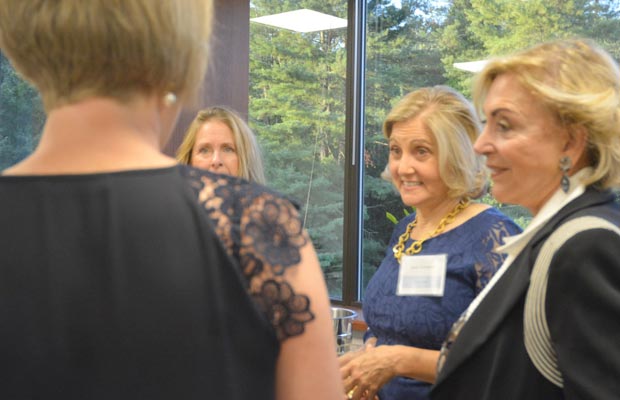 Our first gathering in June was announced in an article in the Norwalk Hour. Chocolate Works of Darien hosted the evening and what better backdrop than with chocolate and prosecco. That night women from all over Fairfield and Westchester County gathered to listen and above all to meet and share so many aspects of their lives and their rebuilding process through personal exchanges. All who attended left feeling empowered.

In the fall, our second event ‘Tools of Empowerment’ was hosted at the Symphony Family Office in Westport and focused on areas that some of us don’t think about in the midst of an emotional journey… financial planning, wills and budgeting. The evening was capped off on a lighter note with Isabella Garrucho, a fine art specialist, on her own journey, sharing how her passion in the arts helped her navigate some difficult times.

We ended the year with ‘Powering through the Holidays’ hosted by Isabella Garrucho Fine Art Gallery in Greenwich. Featured speakers were Marcia Temlock, author of ‘Your Child’s Divorce: What to Expect – What You Can Do’, Gina Cowher and Maureen Clark Newlove, two of the partners of Noble Salon, Stamford and Kristen Jensen, lifestyle photographer of Kristen Jensen Production. The focus was on getting through the holiday season, dealing with new family dynamics and making magic happen by doing something for yourself. All of the speakers agreed on how important it is to start creating new history and traditions. We had our largest turn-out to date and the event was covered by News 12. 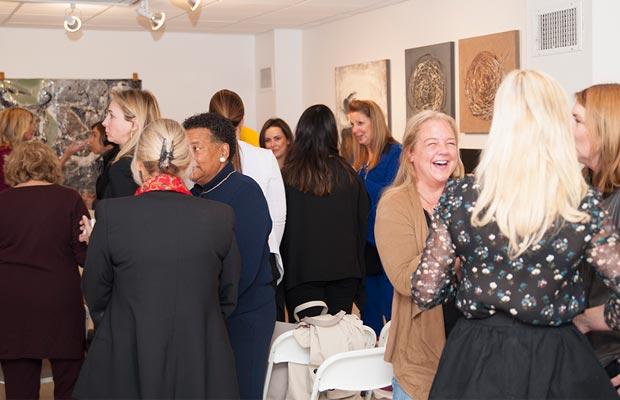 Après Divorce’s social gatherings have grown organically pointing to a need for open dialogue and camaraderie of women in transition, at whatever stage or age.

As the year comes to a close, I look forward to 2017 and the continued evolution of Après Divorce. Please look for upcoming newsletters and event invitations.

Thank you all. Happy Holidays and a very Happy New Year