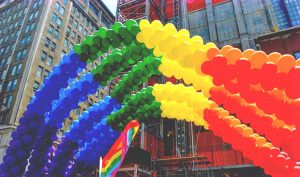 ‘Be the change you want to see in the world.’
-Mahatma Gandhi

Change, consciousness, perception and acceptance. There’s quite a lot in there to think about. This week I talk to women who speak to these words and live by them. First up is Kashonia Carnegie PhD, author of the ‘Conscious Change’ series. Then on Thursday in ‘My Reading Corner, join us for a conversation with Fern L. Johnson and Marlene G. Fine, authors of ‘Let’s Talk Race’.

‘If you’re conscious you’re aware of something. The question is, what are you aware of?’ – Kashonia Carnegie

We don’t always think much about what it truly means to be conscious. Does it only mean that we are awake? Or that we actually see what’s around us and understand it? Are we truly conscious? And is there a difference between social consciousness and ethical consciousness? Kashonia Carnegie is a moral philosopher who has researched ethics and conscious change.   And what is conscious change? It’s all about ethics. Looking for patterns, she studied her own life. Kashonia became her own life-coach, before life coaching was a thing. Her findings about her own life journey resulted in the realization that each step had to do with consciousness. That being conscious business skills and conscious leadership when she became Australia’s first female oil company representative. She then went on to become a radio broadcaster using conscious communication skills. Her entrance into academia led her to conscious intelligence competencies. 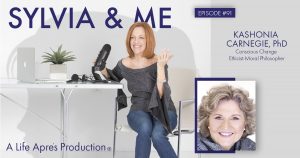 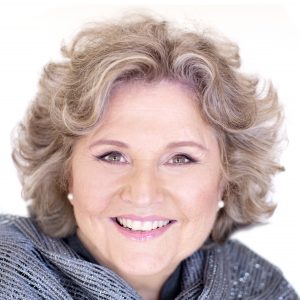 Kashonia is a Moral Philosopher with a PhD in Ethics of Conscious Change, She is the author of the ‘Conscious Change’ series of books. You can download a free copy of her latest ‘Conscious Change Today’ here. It’s been described as ‘The Book that’s Changing the lives of Women, Men and LGBTQ+ across the planet.’

As a life-long learner, woven throughout all of her media and university work were extensive academic and independent studies in areas such as spirituality, religious studies, creative thinking, storytelling, quantum theory, systems theory, positive psychology, coaching psychology, neuroscience, and behavioral science including Practitioner and Master Practitioner levels of NLP (Neuro-Linguistic Programming).

Her studies were combined with a range of different work activities including: leadership coaching; corporate and community workshop design and facilitation; speaking to corporate and community groups and service clubs; sessional mediator/conciliator for a couple of different state government departments in the Australian states of Victoria and Queensland conducting well in excess of 200 mediation/conciliation conferences with a successful resolution in excess of 90% of the time. 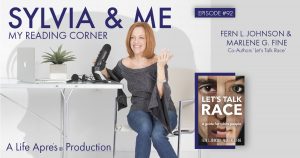 Join me on Thursday for this week’s Sylvia & Me – My Reading Corner with co-authors Fern Johnson and Marlene Fine Let’s Talk Race: A Guide for White People.

Fern L. Johnson, PhD and Marlene G. Fine, PhD are the co-authors of Let’s Talk Race. Both are specialists in race relations, ethnicity and gender in discourse. 30 years ago a gay couple was not allowed to marry. Nor was a gay couple allowed to adopt. They wanted a family and so they started independently researching adoption avenues. They had been told by Black social workers in the United States that it would be a form of cultural genocide. There were a variety of restrictions that they would not be able to overcome.

They were convinced that an international adoption was the only avenue that would be open to them. That is, until Fern learned from a social worker about the foster care system in the U.S. The numbers were staggering – there were 8 times as many Black children as there were White children. On top of that, there were 8 times as many Black boys as Black girls. They made a decision that if they had been willing to adopt a child of color from another country, then why not from the U.S.?

Both Fern and Marlene thought they knew a lot about race. They made the decision to learn how to raise their sons and give them a healthy racial identity, and prepare them for life in a White world.  And so they talked to all of their black friends and colleagues to educate themselves as much as possible.

We often confuse the words prejudice and perception. Prejudice is an adverse judgement or opinion formed beforehand or without knowledge of the facts. Perception is the identification and interpretation of sensory information – that which is detected within consciousness as a thought or deduction. (wikidiff.com). Perception is something that we take for granted – something like the perception that all blondes are dumb. Or a guy who’s very tall must be a basketball player, especially if the guy is a tall, Black guy.

A very insightful and real conversation with Fern & Marlene:

Meet the authors: Fern and Marlene 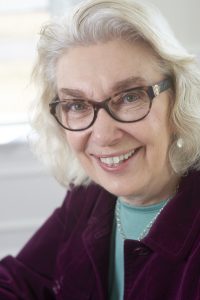 Fern L. Johnson, PhD, grew up in Minnesota. She focuses on race, ethnicity, and gender in discourse and is currently Senior Research Scholar and Professor Emerita of English at Clark University (Worcester, Massachusetts). In addition to her position as Professor of English at Clark, she directed the interdisciplinary Communication and Culture Program. Earlier in her career, she was a faculty member at the University of Massachusetts-Amherst and St. Cloud State University in Minnesota. Fern received her B.A. and Ph.D. degrees from the University of Minnesota-Twin Cities and her M.A. degree from Northwestern University. 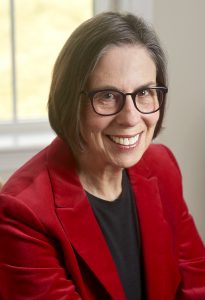 Marlene G. Fine, PhD, grew up in Belmar, New Jersey, a small resort community on the New Jersey shore.  She is Professor Emerita at Simmons University, specializing in cultural diversity, leadership, and dialogue. Marlene authored Building Successful Multicultural Organizations, and her articles appear in a broad range of journals. She is a seasoned speaker and workshop facilitator. Marlene co-authored, with Fern Johnson, The Interracial Adoption Option, which draws on their experience as white parents of African American sons.

Marlene and Fern co-authored The Interracial Adoption Option: Creating a Family Across Race (Jessica Kingsley), which grew out of their experience as White parents of adopted African American children.