No Limits, Great Expectations and No Perceptions

What if we never had any expectations? How would we know what our limits were? Would we ever know if we had exceeded our limits?

At the age of 21, young adults age out of the educational system and there are few meaningful employment opportunities available. It’s called ‘falling off a cliff.’ When Stephanie’s daughter turned 18, she and her husband realized that they only had three years before their daughter would fall off that cliff.

Adults With Intellectual Disabilities and No Limits

Based on the belief that adults with Intellectual Disabilities can be successful and relevant, Stephanie Cartier and her husband Mark set out to prove just that.  No Limits Cafe is a new-concept eatery, a 501 (c) (3) employing and training people with intellectual disabilities. Their motto: Eat Well – Do Good. 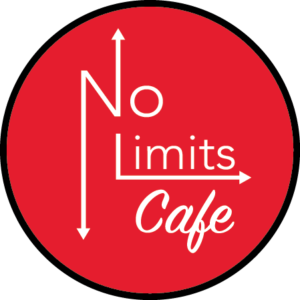 Their mission was to initially hire 25. By the time they opened, they had 33 trained and ready to go. It took planning and training and perseverance. Their employees had surpassed Stephanie and Mark’s expectations. The staff had always known that they could do the job if given the chance, but they even exceeded their own expectations and went beyond the limits that they and everyone else had perceived were possible.

They opened to huge raves two weeks before Covid-19 struck and the shutdown happened. Determined to stay afloat and not give up, they recently announced their reopening on June 4th for takeout. Not an easy task and again, they have succeeded. 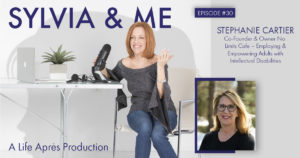 Listen to my conversation with Stephanie on this week’s podcast. There was a journey involved and it’s an inspiring one. Find out how they decided on the restaurant business, one of the toughest businesses out there.  We talk about the social impact that this working environment has had on their staff and the community. Phase two is already underway.

After an 11 year career at Morgan Stanley, in NYC, in 1994, Stephanie switched careers to Stay-at-Home mom after her first child was born. Two more children entered the picture, which the youngest, the only girl, was born with down syndrome. Stephanie became very active in the special needs community, subsequently becoming co-chairperson of the NJ State mandated Special Education parent advisory group, Middletown Friends of Different Learners (MTFODL), in her town’s school district. It was a post she held for 8 years. She strongly advocated for the needs of students. Stephanie also worked with her church’s St. Vincent de Paul Society for many years. In addition, she was a volunteer with Sea Bright Rising after Hurricane Sandy.  Stephanie graduated from Rider University in June 1984, with a B.A. in Communications.

As unbelievable as this sounds, this wraps up our third season. We’ll be out with the start of Season 4 next week when I talk to another extraordinary woman. As things around us start to open be smart, be safe and be mindful of those around you. And listen to some extraordinary, inspiring women. If you know of an extraordinary woman, contact me at sylvia@lifeapres.com.

You can find us on your favorite podcast platform.