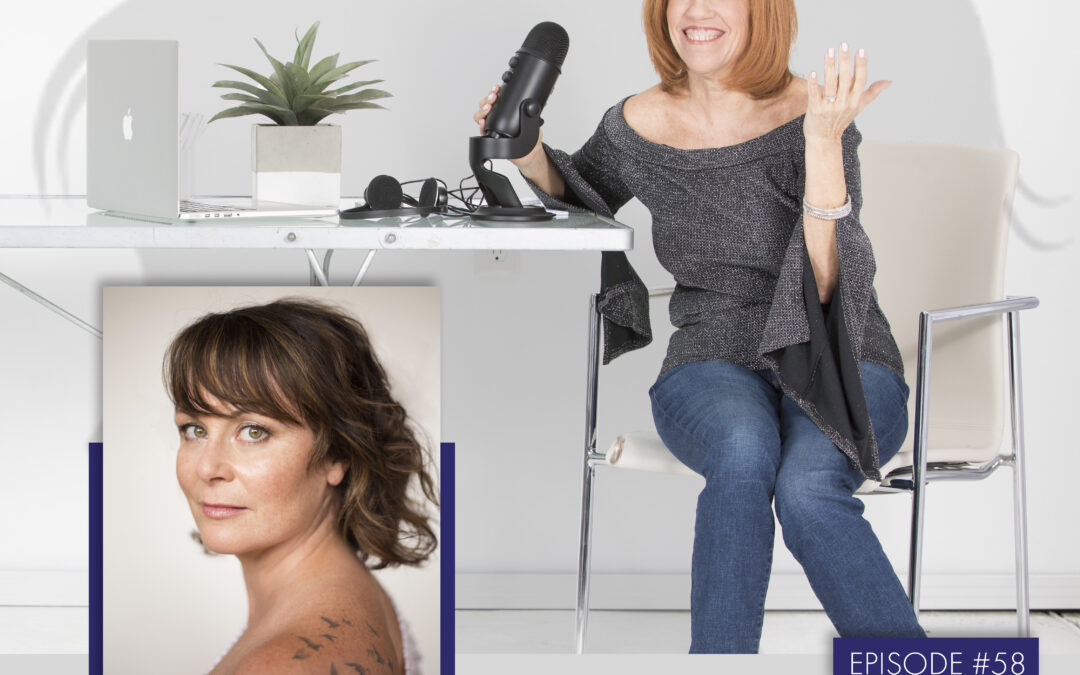 ‘Bringing what’s written on the page to life with just your voice.’ – Therese Plummer

This week’s conversation is with a very inspiring woman, Therese Plummer. Therese has performed over 400 audiobooks.

The performance of audiobooks and a candid conversation

A very candid conversation with an amazing actor, storyteller and all around extraordinary woman. Therese has helped many of us to be able to escape, even for just a little while during these wild times. Amazing, but it was her mother who pushed her into this field.

But her mother was a librarian!
Storytelling without using expressions or moving or using your hands?
How can you tell a story with just your voice?
A wild child and teenager – really?
She’s been to the bottom – how did she clean herself up?
Crisis Center, Drama Therapy and conveying the emotional life and journey of each character.
Bringing books alive for those who have trouble reading.
What’s next?
Meet Therese Plummer

Therese Plummer is an actor and award-winning audiobook performer. She has recorded over 400 audiobooks for a variety of publishers. Therese won the 2019 Audie Award for her work on the Multicast Sadie by Courtney Summers. She was nominated for the Multicast Any Man by Amber Tamblyn and for her solo narration for the Rogue Planets Shaken by Lee W. Brainard. In addition, Therese was awarded for her work on Sourdough by Robin Sloan by the American Library Association as part of the 2018 Listen List: Outstanding Audiobook Narration for Adult Listeners.

You may recognize Therese as the voice of Maya Hansen in the Marvel Graphic Motion Comic Ironman Extremis, Dr. Fennel in Pokemon and various Yu-Gi-Oh characters. And let’s not forget her Television Guest Star Roles on the Good Wife, Law and Order SVU and the Netflix series Virgin River.

Therese spent five years as an adolescent counselor where she used Drama Therapy techniques in individual and group settings. As a result of her years as a counselor, Therese is able to bring to characters to life in a very real way. She shares a passion of creating, helping and entertaining Therese recently adopted a rescue named Butterfingers. She now lives in Bloomfield, New Jersey with her husband and of course, Butterfingers.