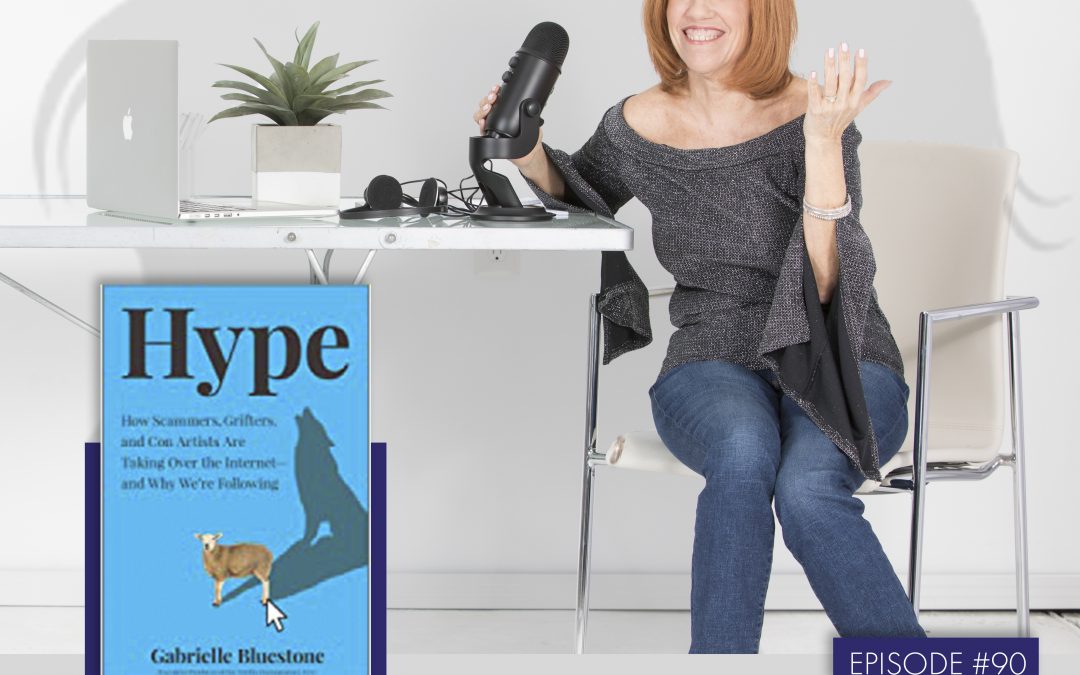 Author Gabrielle Bluestone – Hype: How Grifters and Con Artists are Taking Over the Internet – and Why We’re Following Them

Hype explores social media scams, influencers and why we follow and fall for them. While working as a journalist at Vice, Gabrielle Bluestone was the first to uncover the scam behind the infamous Frye Music Festival. Because of her reporting, con man Billy McFarland is behind bars for fraud.  But it wasn’t before many innocent people had been duped into giving him millions of dollars. Gabrielle went on to become the Emmy nominated executive producer of the Netflix documentary Frye.

The documentary and Gabrielle went on to receive an Emmy nomination. And then she dug some more. Her background as a reporter for Gawker, Jezebel and Vice, along with being a licensed attorney gave her the tools she needed. She had a lot of questions and was looking for answers. Although con artists have been around for a long time, this was new. Con artists are now being assisted by technology and social media.

Gabrielle Bluestone is a journalist and attorney from New York. Her writings have appeared in The New York Times, Washington Post, New York Observer, Sunday Times Magazine, Esquire, InStyle and Gawker. Hype is her first book.

A conversation and lots of questions with Gabrielle:

From attorney to journalist
It looked like a dream festival
One picture questioned it all
That classic cheese sandwich
Influencers and marketing
‘The Joneses’ made in 2010 – a prediction of the future?
Influencers
How scammers survive
Seems like a pyramid scheme
Playing to our dreams
FOMO – Fear of Missing Out
The continuation
How do we stop it