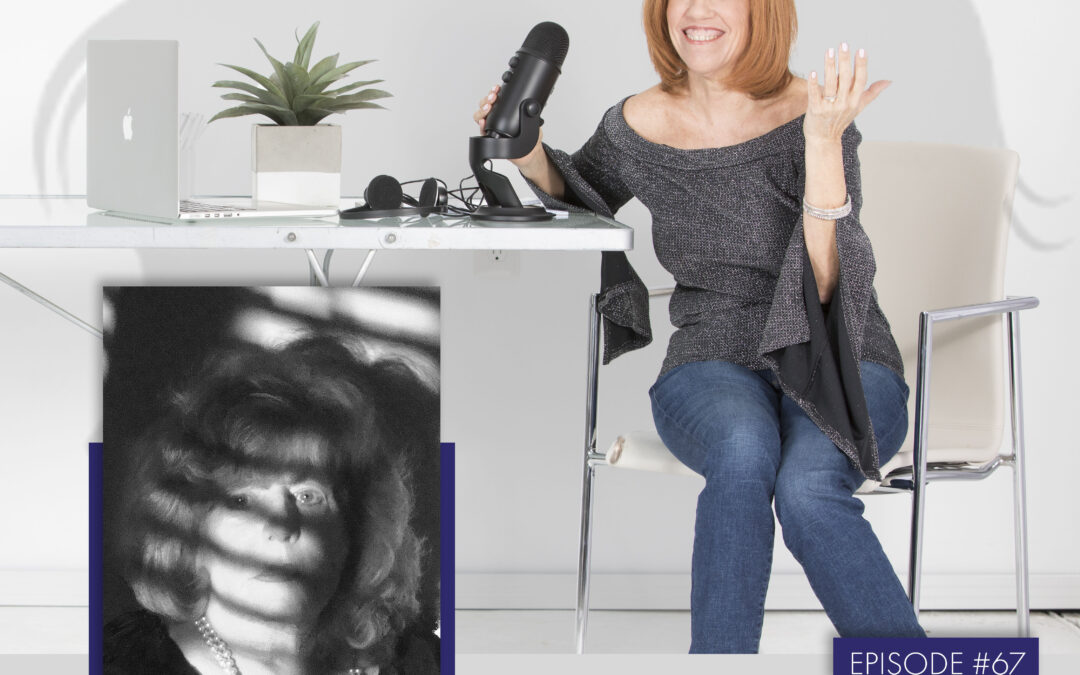 The 1940s and 1950s saw changes to how women were portrayed in film. A change from the victim of the 1930s. Post World War II films introduced the ‘Femme Fatale’ and with it women characters who were mysterious and dangerously seductive, not victims. During the war, women had taken the place of men in the workforce, bringing an independence that for many, had never been experienced before.  These movies were known as ‘Film Noir’ (French for ‘dark film’), classics of the 1940s and early 1950s.

‘The Queen of Noir’ Ann Chernow

So I turned my attention to ‘The Queen of Noir’, renowned artist Ann Chernow. Ann has been painting this genre for over a decade. She does paintings, prints and drawings always in the abstract capturing the essence of the ‘Femme Fatale’. Ann has gone from actual portraits of the films’ stars, to imaginary faces of film, to painting scenes from the films to inventing scenes from ‘Film Noir’ movies. Then came a night alone at an Italian restaurant in NYC and a bottle of wine. The evening resulted in creation of ‘Bad Girls’ – eight separate stories and eight separate images.

Film Noir and Femme Fatales have been with her ever since that evening.

‘The reason for women: everybody has a guess. It’s psychological. It has to do with the women in the films. The women in Noir movies all had fabulous clothing and the men just had gray suits and hats. There’s nothing to paint – just gray suits and hats, so the male figure is sometimes an abstract support.’

Artist, ‘Queen of Noir’, Mother, Grandmother and Teacher. Ann has taught art for over 26 years. Born in New York City in 1936, Ann has been a resident of Westport, Connecticut, considered a haven for artists for the last 50+ years. Ann is a beloved leader in the extended arts community. She has worked in the mediums of lithography, silkscreen, etching and colored pencil as well as oil painting.

Ann’s second husband, Burt Chernow founded the Housatonic Museum of Art. He was an art historian and professor at the Housatonic Community College. Burt passed away in 1997. Ann later became the life partner of actor and documentarian, Martin West (d. 2020).

I had the privilege of talking with Ann about our favorite genre of film, her beginning, her philosophy, the pandemic and her continued mining.