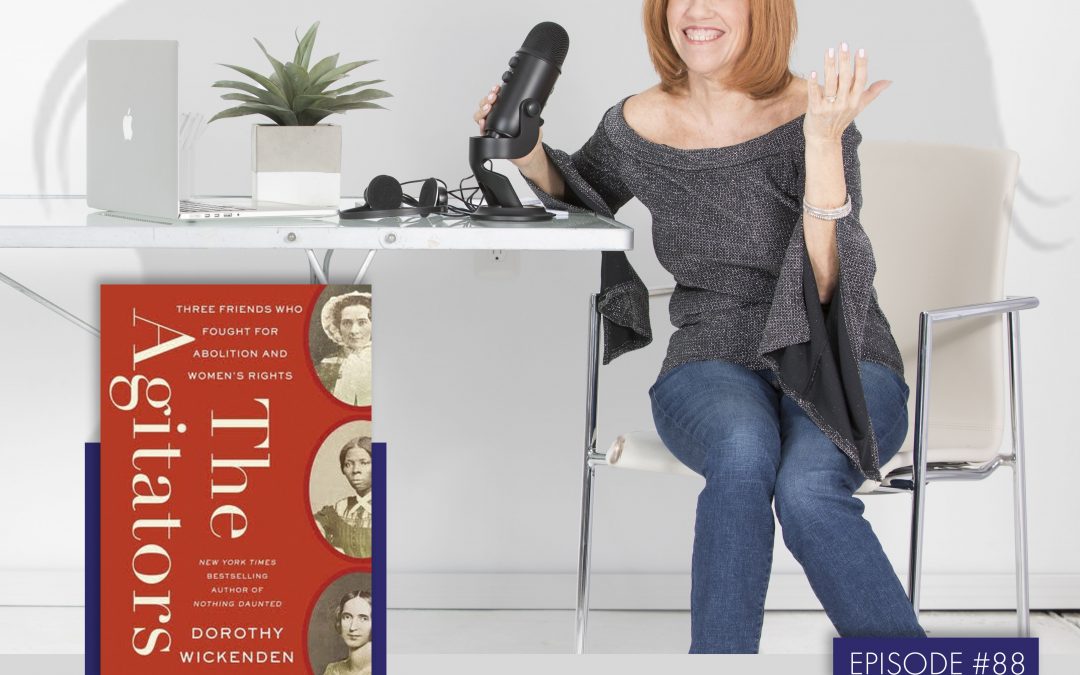 Dorothy Wickenden and The Agitators

New York Times bestselling author Dorothy Wickenden’s latest book – The Agitators: Three Friends Who Fought for Abolition and Women’s Rights. The Agitators is the true story of Harriett Tubman, Martha Coffin Wright and Frances A. Seward. One a former slave, one a Quaker mother of 7 and one a politician’s wife. Although three very different women, they came together to fight for abolition and women’s rights in the mid-nineteenth century in Auburn, New York.

Much history has gone into the fight for abolition and women’s rights. Many have heard of Harriet Tubman, a former slave who was the conductor of the Underground Railroad. The Underground Railroad, a network of secret routes and safe houses used by enslaved African Americans to escape into Free states and Canada.

But not many have heard of Martha Coffin Wright or Frances A. Seward. By introducing us to them, Dorothy shines a light on the story of three women who worked together. Yes, three women who worked together at a time when women had little control. So little that a married woman didn’t own anything. And yet somehow Frances, Martha and Harriet fought for the end to slavery and advocated for women’s rights.

Dorothy is the executive editor of The New Yorker and the host of its weekly podcast Politics and More.’ She is also the NY Times bestselling author of Nothing Daunted: The Unexpected Education of Two Society Girls in the West. Dorothy edited The New Republic Reader: Eighty Years of Opinion and Debate.

A conversation and a lot of history with Dorothy:
Why these three women
The connection
The women
Upper and middle class women and their roles
Witnessing abuse and feeling helpless
Frances’ awakening and Martha’s aide
Meeting Harriet
Their families
The bold move that allowed Francis to sell Harriet the house
How Harriet established herself