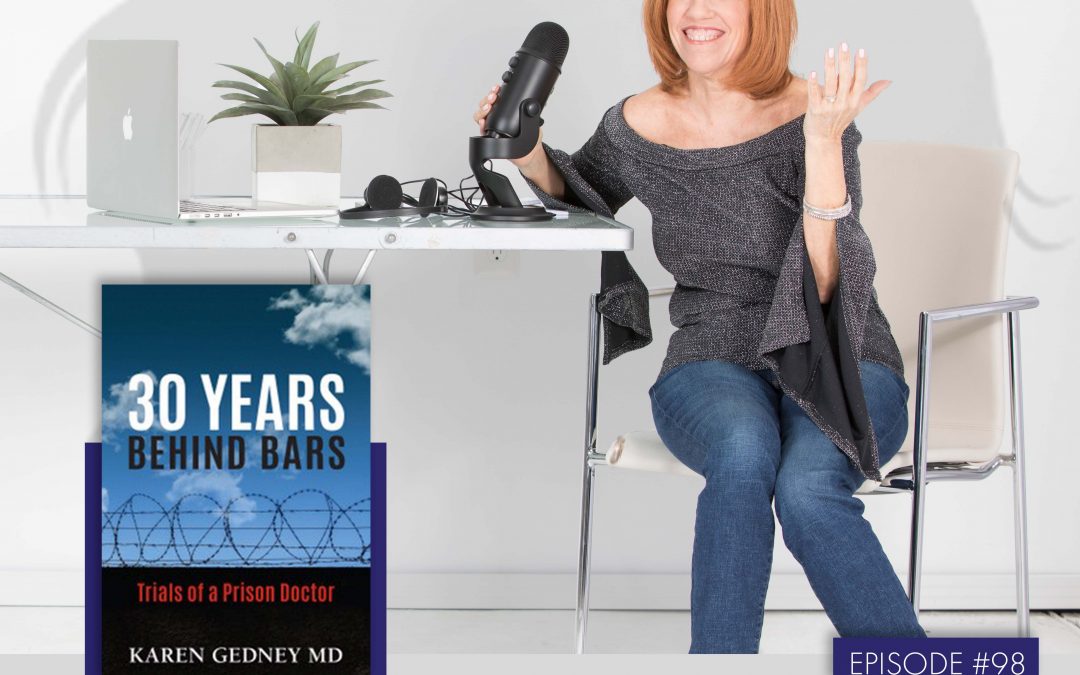 30 Years Behind Bars: Trials of a Prison Doctor is Karen Gedney’s story, from her first day at the prison to her last. This next chapter for Karen is advocating for prison reform and mentoring children at risk. Now out of the system, Karen is able to make herself heard about the criminal justice system.

It wasn’t until 1976 that prisons had to offer medical care if there was a serious medical need. Not only was Karen one of the first doctors in a prison, but she was also one of the first female doctors. A male prison with male inmates and male guards. Two years into her start, Karen was taken hostage and raped by one of the inmates. And yet she stayed. She stayed through the Aids epidemic, through changing of guards, through years of years of change in the system. Karen stayed because she felt she was making a difference. And she did make a difference for so many of the inmates and their families.

A riveting conversation with Karen:
The beginning
A kidnapping and rape and the decision to stay
Rules, no rules and systems
Being a female in an all-male environment
She’s white, her husband is Black – they thought she gave preferential treatment to Black inmates
Evening programs and mentoring
The power of redemption
Seeing the results
Advocating for criminal justice & prison reform