The Choice is Not Made Lightly – The Turnaway Study

The Choices We Make and Those That Are Made For Us

Choices, why are women always perceived to be hasty in their choices? And then often criticized because we haven’t made what is judged to be the right choice?

“No woman should be told she can’t make decisions about her own body.”
-Kamala Harris

“Do what you feel in your heart to be right – for you’ll be criticized anyway.”
-Eleanor Roosevelt

But you see, we do think. And we think long and hard. When we buy a new dress, we think about how it will look, is it the right color, is it in style, and is the cost too much? When we go on a trip we think about where is the best place to go, will the person I’m going with be okay with the itinerary, if children are going – what activities are there, and is the cost within the budget? And then of course we have the bigger ticket items of career, family and perseverance.

‘Women do not make hasty decisions. They weigh their whole life responsibilities and plans before making their decision.’ – Dr. Diana Greene Foster

People have a way of trying to tell women what’s best for us without even knowing who we are and choices are made for women based on incomplete data and assumptions. Assumptions can be very dangerous. As Felix Unger in the Odd Couple said: ‘When you assume, you make an ass out of you and me.’

These assumptions that are made can have very harmful and lasting effects. Among the most prominent assumption is that abortion hurts women. In 2007 that assumption reached the Supreme Court. Justice Kennedy used it as a reason for banning a procedure, saying that ‘while he could find no reliable data to measure this, it seems unexceptional to conclude that some women come to regret their choice to abort. And that severe depression and loss of esteem can follow.’ 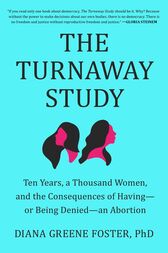 No ‘reliable data’ available and yet he was able to make this decision. As a result, we have the Turnaway Study, a ten year scientific study led by Dr. Diana Greene Foster. This is a scientific study of two groups of similar women: women who had an abortion just before a clinic’s deadline and women who arrived just a few days too late and were denied an abortion.

Most studies on the effects of abortion compare women who have abortions with those who choose to carry their pregnancies to term, but Dr. Foster saw this as a fundamental flaw. To paint a more accurate picture, the study chose the right comparison groups – women who obtain abortions just before the gestational deadline versus women who miss that deadline and are turned away. 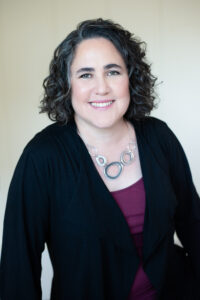 Dr. Foster is the author of “The Turnaway Study: Ten Years, A Thousand Women, And The Consequences of Having – Or Being Denied – An Abortion.” The study compares the physical health, mental health, financial circumstances and family life of these two groups of women. And that the assumption that women feel regret, is not correct. In fact, the study showed that 95% of women who receive an abortion later reported that it was the right decision for them.

“If you read only one book about democracy, The Turnaway Study should be it. Why? Because without the power to make decisions about our own bodies, there is no democracy.” —Gloria Steinem 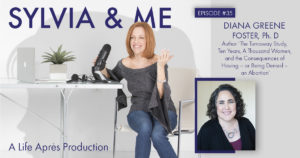 This week’s podcast – you can listen here

On this week’s podcast I talk with Diana Greene Foster, Ph.D.. We talk about:

Find out how the study was structured, the team was put together, the initial interviews conducted, and the follow-up interviews every 5 months for five years.

Diana is a professor and demographer who uses quantitative models and analyses to evaluate the effectiveness of family planning policies and the effect of unwanted pregnancy on women’s lives. She leads the Turnaway Study, a nationwide longitudinal prospective study of the health and well-being of women who seek abortion.  Dr. Foster is collaborating with scientists on a Nepal Turnaway Study. Dr. Foster has worked on the evaluation of the California State family planning program, Family PACT. In 2017, Dr. Foster received the Robert A. Hatcher Family Planning Mentor Award by the Society of Family Planning. Dr. Foster received her undergraduate degree from UC Berkeley, her MA and PhD in Demography and Public Policy from Princeton University.