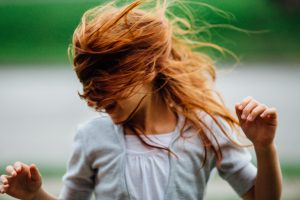 And just like that, Labor Day was upon us, and fall is around the corner. No can be the right time for some new beginnings. I took the month of August off to decompress and basically do nothing. Yes, I had a list of things that I was going to do, but then I thought of all the things that I could just not do.

I don’t even know where to begin. We had the start of the Delta variant surge that has hit so many so very hard, the devastating Hurricane Ida, the end of the Afghan war and the evil decision of Texas that is putting so many women in harm’s way.

Looking back over the mass of women whom I have had the honor to speak with, it’s amazing how each one has relevance to what is happening today.

‘We’re back and the possibilities are endless.’
– Sylvia

The start of the 11th season of ‘Sylvia & Me’ will include more extraordinary and inspiring women. Some who intentionally set out to make a change, others who did without a specific goal in mind. Each one having a passion, taking a risk and finding opportunity. Women who are giving other women the courage to open up a new door.

This coming Tuesday will start Season 11. Before Andrew Cuomo and his scandal, there was Eric Schneiderman, former New York Attorney General. I speak with Tanya Selvaratham, writer, artist, Emmy nominated producer and a victim of Eric’s abuse. Tanya was instrumental in taking down Eric Schneiderman, her former boyfriend.

And just like that…next week will also see the introduction to our newest sponsor. Feeling anxious, stressed? We may be able to help with that.

Hope you had an enjoyable Labor Day weekend.