Your Vote Is Your Voice! 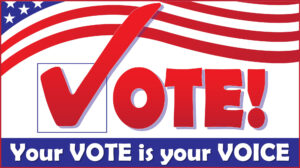 Tomorrow, we get the chance to not go backwards. Do not let history repeat itself. Hatred, prejudice, and perceived power will destroy our future. We all have a say…our vote is our say. We cannot stand by and think that we can’t make a change. We can. You can.

My grandson turned one the other day. When I think of the future that he may be faced with, I cringe. Hatred, prejudice, and conspiracy theories are on the rise. Just this past week the FBI reported a credible threat to New Jersey synagogues. My nephew’s school, whose facility is in a synagogue, closed mid-day. He’s only four.

Women’s rights over their own body are being taken away. Abortion is now criminalized in several states. And the underground abortion networks have been reactivated. Just as was done over 50 years ago prior to the Roe v. Wade decision legalizing abortion.

I had the honor of talking with Tova Friedman, one of the youngest survivors of Auschwitz, the Nazi extermination camp. Along with Malcolm Brabant, Tova is co-author of ‘The Daughter of Auschwitz: My Story of Resilience, Survival and Hope’. Between the ages of 1 – 6 1/2, Tova lived through the Holocaust. At the age of 6, along with the other children in her barrack in Auschwitz, Tova entered the crematorium. Even at the age of 6, she knew that Jews did not return from the gas chamber. It was a fact…it was a reality that she accepted at the age of 6. She may not have been able to read or write because Jews weren’t allowed to go to school. But this reality – she knew no other. To this day no one knows exactly why, but the children were told to dress and return to their barracks. They would return to the gas chamber later.

Tova remembers and because she remembers she will keep telling the story. The story of the Holocaust. The story of hatred and prejudice. The story of the Nazi’s goal to kill all the Jews and any Jewish sympathizer. And to not leave any trace. Hitler didn’t just appear overnight. ‘Mein Kampf’ was published in 1925, almost 20 years before.  Tova’s parents didn’t just survive, they persevered. They knew that if one Jewish child could survive and remember, then the Nazi’s would not win.

Her grandson made his grandmother an overnight star on the social media platform Tik Tok. Aron realized that the Holocaust was not being taught in his high school. He thought that if they reached just a few people, maybe they would tell others. Today, Tova has nearly half a million followers @tovafriedman. Her videos have been viewed over 50 million times. Tova answers questions that she receives from children, teens, and teachers. 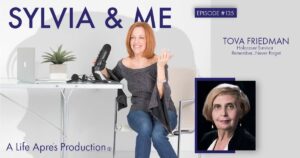 Abortion and Fighting for Rights

Laura Kaplan was a member of The Janes, the 1970’s Chicago abortion underground. She is the author of ‘The Story of Jane: The Legendary Underground Feminist Abortion Service’. The book, originally published in 1995, has been reprinted and is out as we speak. The Janes as they were known, started out as a consulting and referral service for women seeking an abortion.

With the passing in 1973 of Roe v. Wade and abortion rights, the underground disbanded. It was a huge achievement even if it still included men deciding the parameters. Now almost 50 years later and we’re back to the underground. Abortion has been criminalized. Women were desperate before 1973. Women are desperate now. There should be a woman and her doctor in the room. It gets crowded, complicated, and now it seems…criminal.

‘We were ordinary women, housewives, students, and radicals. A diverse group of women came together and pooled their talents to do something extraordinary.’